Monday, April 5th was a monumental day for our farm. Our very first cria was born. My daughter Angie and her family came by for a visit. We went out to the pasture to see the alpacas and our grandson Caleb spotted the new cria first. 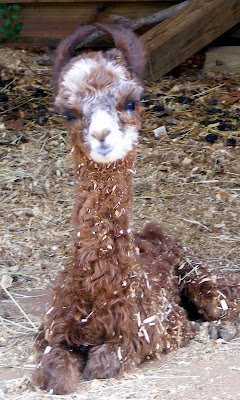 His name is Alex van Dibb the 2nd. Alex is named after our son Nathan's friend, Alex Dibb. Our daughter Rachel came up with the pun 2nd Dibb so that is how our little friend got the name... 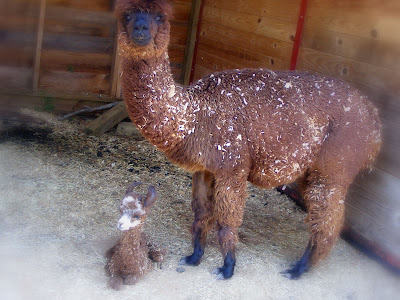 Alex was born at noon which is unusual time of day for Alpacas to birth. We were expecting him in February. Can you believe how long it took for him to come? His former owners believe that boy babies take up to two weeks longer to arrive than the females. Hmmm I could make a few jokes here but I think I'll refrain due to my profuse amount of self control! ha ha... 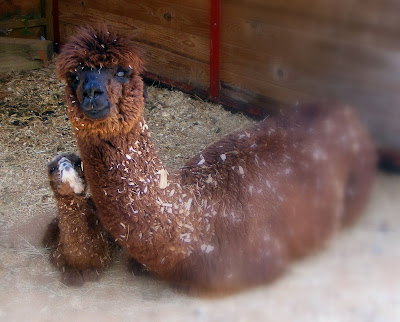 Alex's mother's name is Shelby. Shelby's mother refused to feed her when she was born. Her previous owners took her into the house and bottle fed her. She is extremely tame and goes nose to nose with me when I visit her or feed her. Then, she makes cute little humming sounds. When Alex was born all the alpacas were surrounding him, licking him, and making the humming sounds. It was truly amazing! 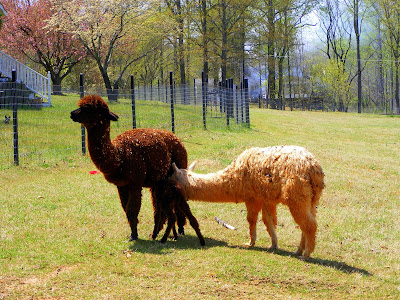 It didn't take long for him to start nursing and then he followed mom out to the pasture so she could begin eating again. Another jealous alpaca that my son Josh named, Sara Jessica Parker, decided she would try to steal a snack too! 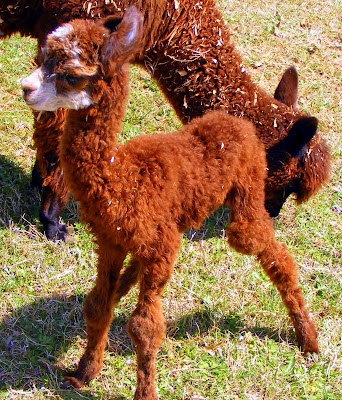 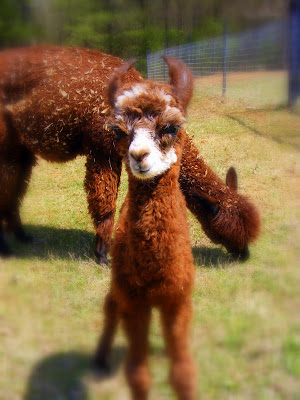 And crooked ears from being inside his mom for 11 plus months. 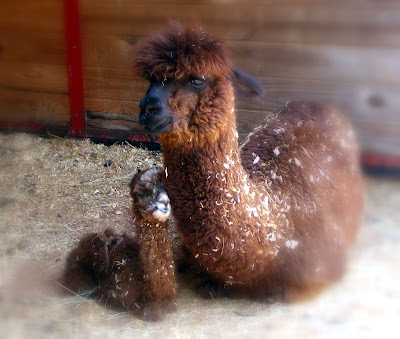 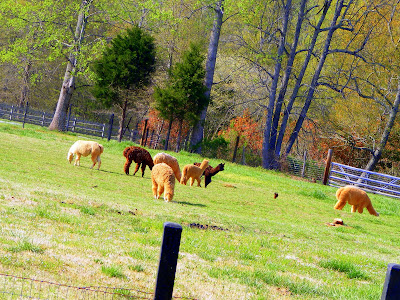 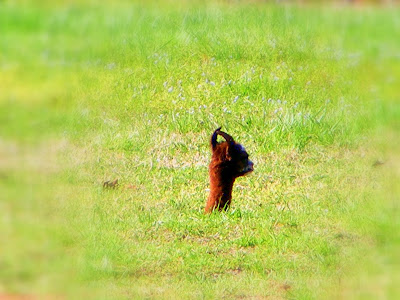 Little Alex loves relaxing in the pasture and watching the world go by. Now that's what I need to do more of!
Posted by Explore-Science-Beyond-the-Classroom at 9:19 PM

Oh my but you are sooo right: relaxing in the pasture! Seems like we could learn alot from this little guy! The land looks beautiful! I know you and the hub are busy-busy-busy! But surely also LOVING every minute of it!!!