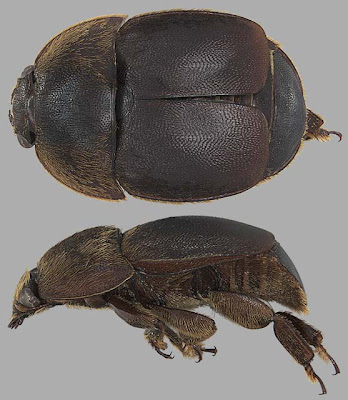 Before I started studying bees I had no idea what a hive beetle was. I didn't care. Now I am greatly concerned because I plan to start my own hives in the spring and I definitely don't want those nasty creatures in my hives. I've seen up close what they do to the bees. Look at this video I took with the microscope of a hive beetle larvae eating a bee from the inside out...

"The small hive beetle is an exotic pest 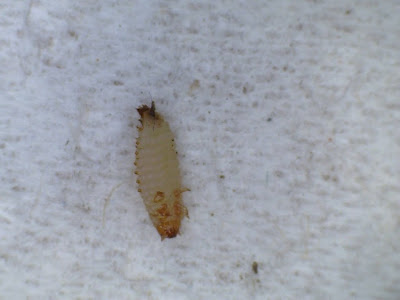 that originates from South Africa and was found in Florida in 1998. It has now spread throughout the eastern and mid-western United States, causing considerable damage to honey bee colonies." Most of the damage is done by the beetles' larvae, which feed on honey and pollen. Larval excrement also causes honey to ferment, making it inedible to bees. In highly infested colonies where larval feeding is extensive, bees tend to leave, causing the hive populations to collapse.

Scientists have designed a trap to beat the beetle: a box that sits at the bottom of the hive covered with a mesh that is large enough to allow beetles through, but prevents bees from entering. The trap contains pollen and honey sprinkled with yeast that causes it to ferment, releasing smells that attract the beetles, which then get stuck inside. 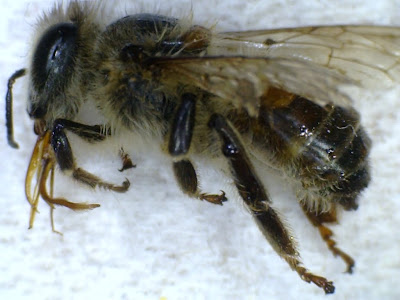 with all the things out there that could potentially destroy these amazing creatures like cell phones, cars, people, lack of flowers and pollen, urbanization, colony collapse disorder, and now these pesky little creatures. 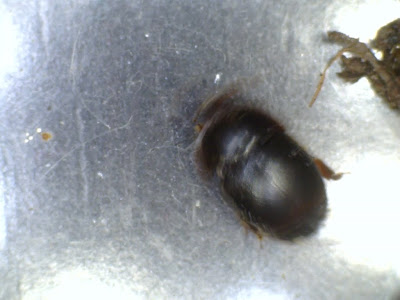 They're becoming a huge problem here in SC and in my Bee Lab. Maybe some young budding scientist will discover a cure for the hive beetle.
Posted by Explore-Science-Beyond-the-Classroom at 1:01 PM