My fascination with volcanoes started in a museum, the Bishop Museum, in Honolulu Hawaii.  My brother-in-law Earl, 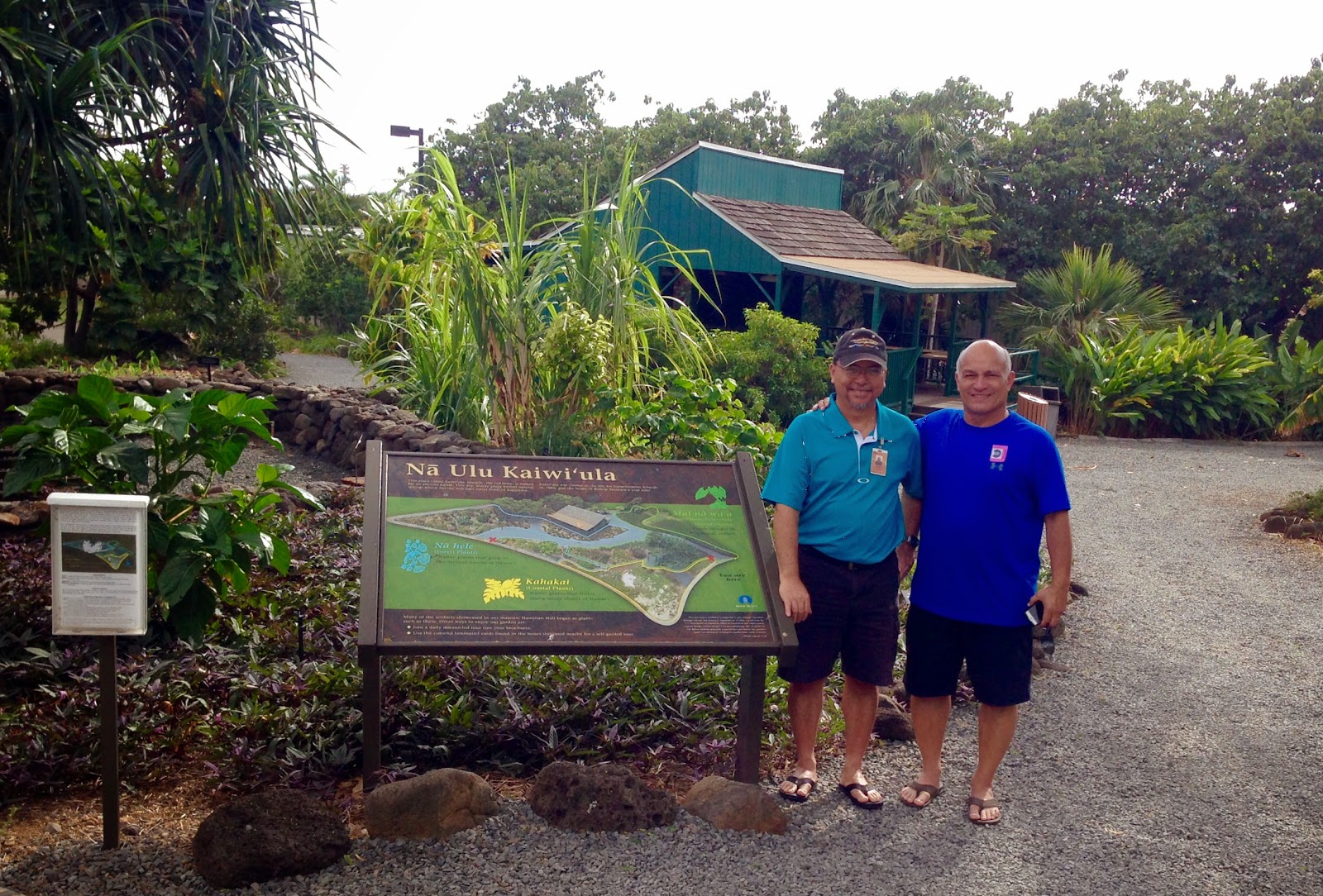 (Da handsome braddah on da left as they say in Hawaii)

volunteers at the museum and got us tickets to see the Lava Melting demonstration.

WOW,  I was excited!

Lava is melted to 2000 degrees.  Its hot in there, let me tell you!  We actually got to see lava rocks melted into lava.

No chance I will even try to duplicate this experiment in the classroom.  :) 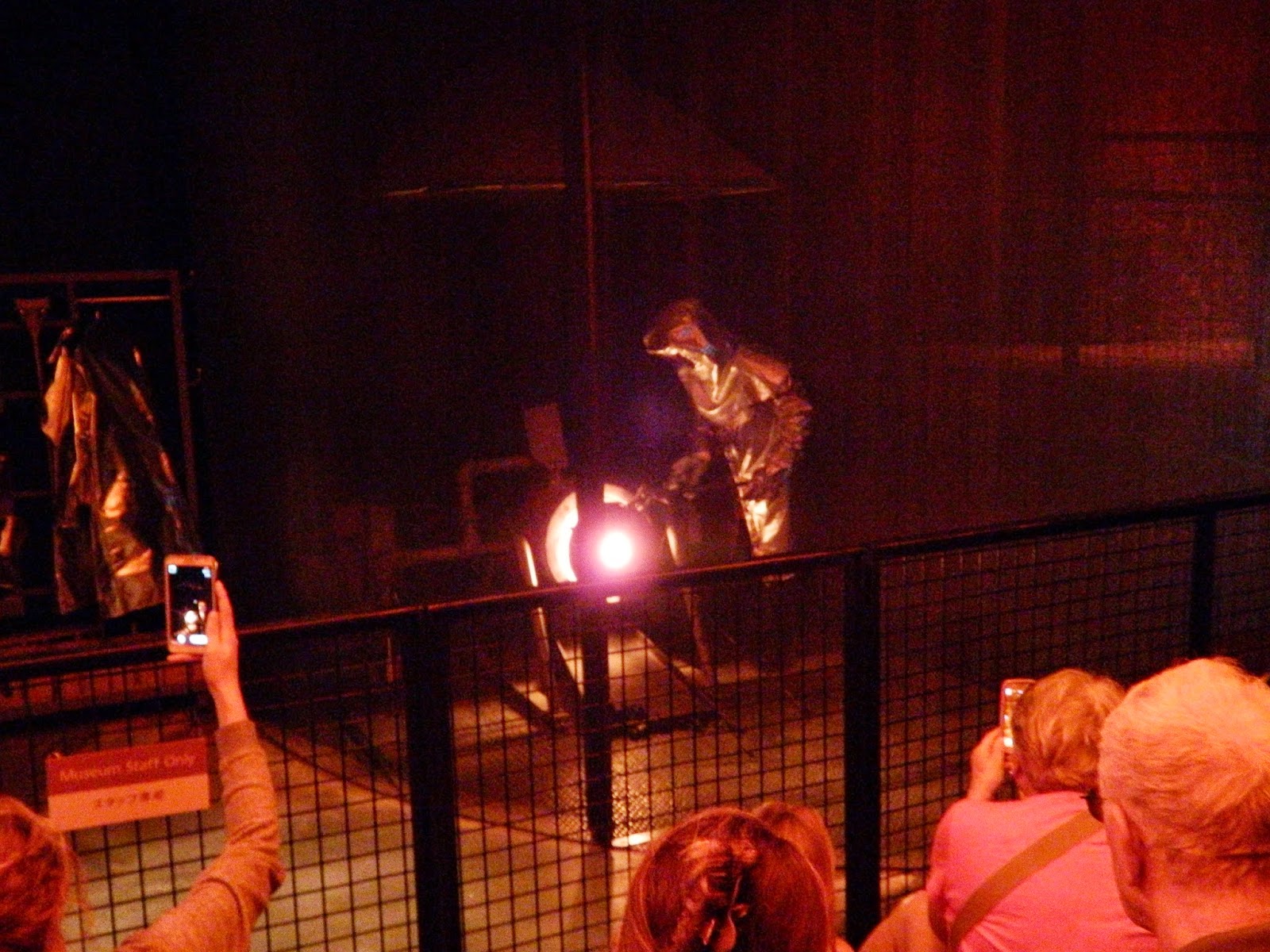 We saw lots of interesting displays of lava at the museum.  Here is something called Pele's hair.  Pele' is a mythical goddess in Hawaiian legend.
This type of lava forms when molten lava is pulled apart to become thin strands of volcanic glass. 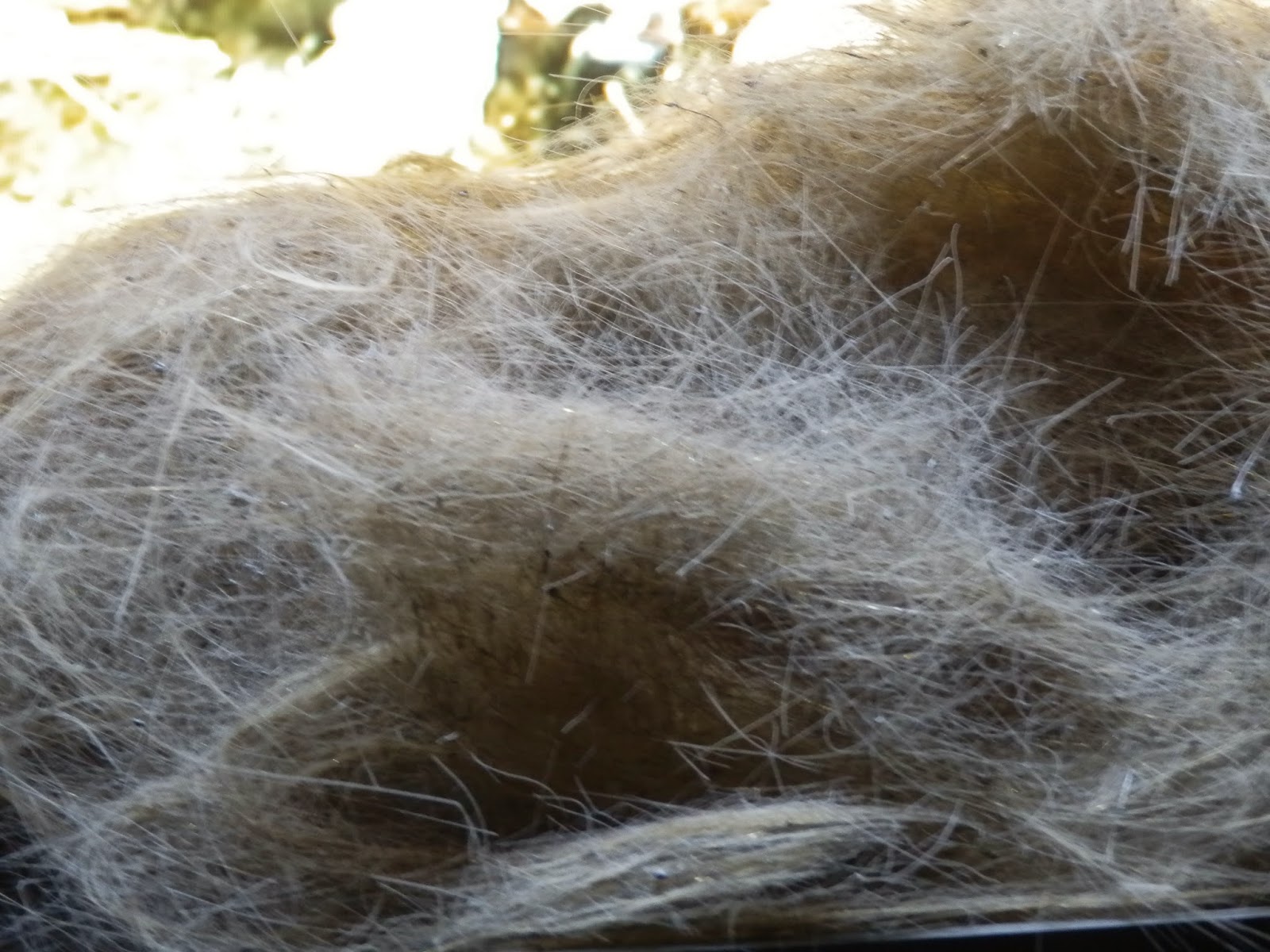 Now this type of lava is more my style.  It is called volcanic bombs!  After being ejected from a volcano a large glob of molten lava partially cools and hardens during flight.  This gives it it's aerodynamic shape.  Growing up in Michigan I threw lots of snowballs at unsuspecting victims.  My snowballs never looked this good. 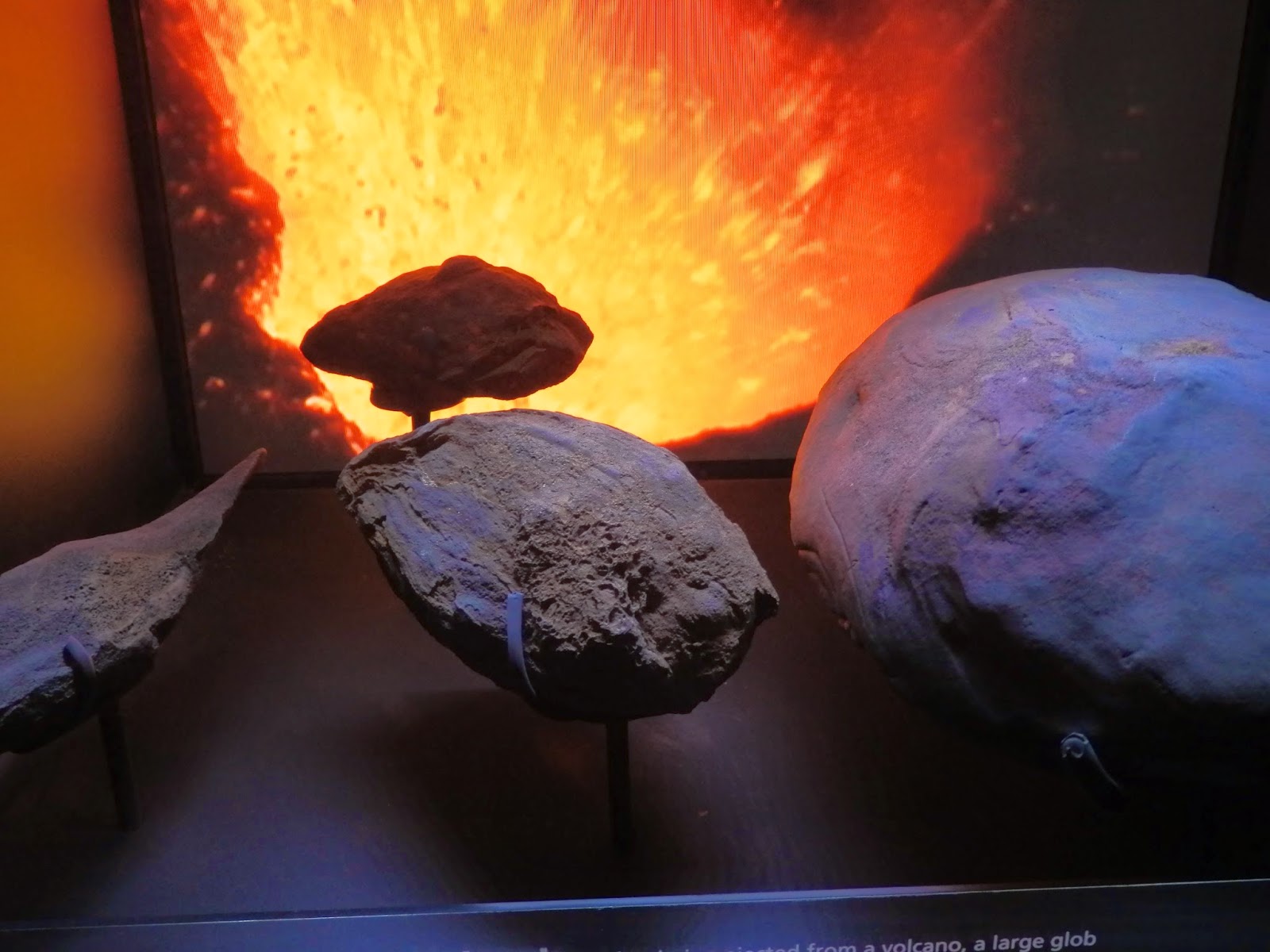 Here is an interesting phenomena.  Lava flows around trees, burning out the inside, forming these strange structures.  In fact,  Lava Tree State Monument in Hawaii has lots of these lava protrusions. 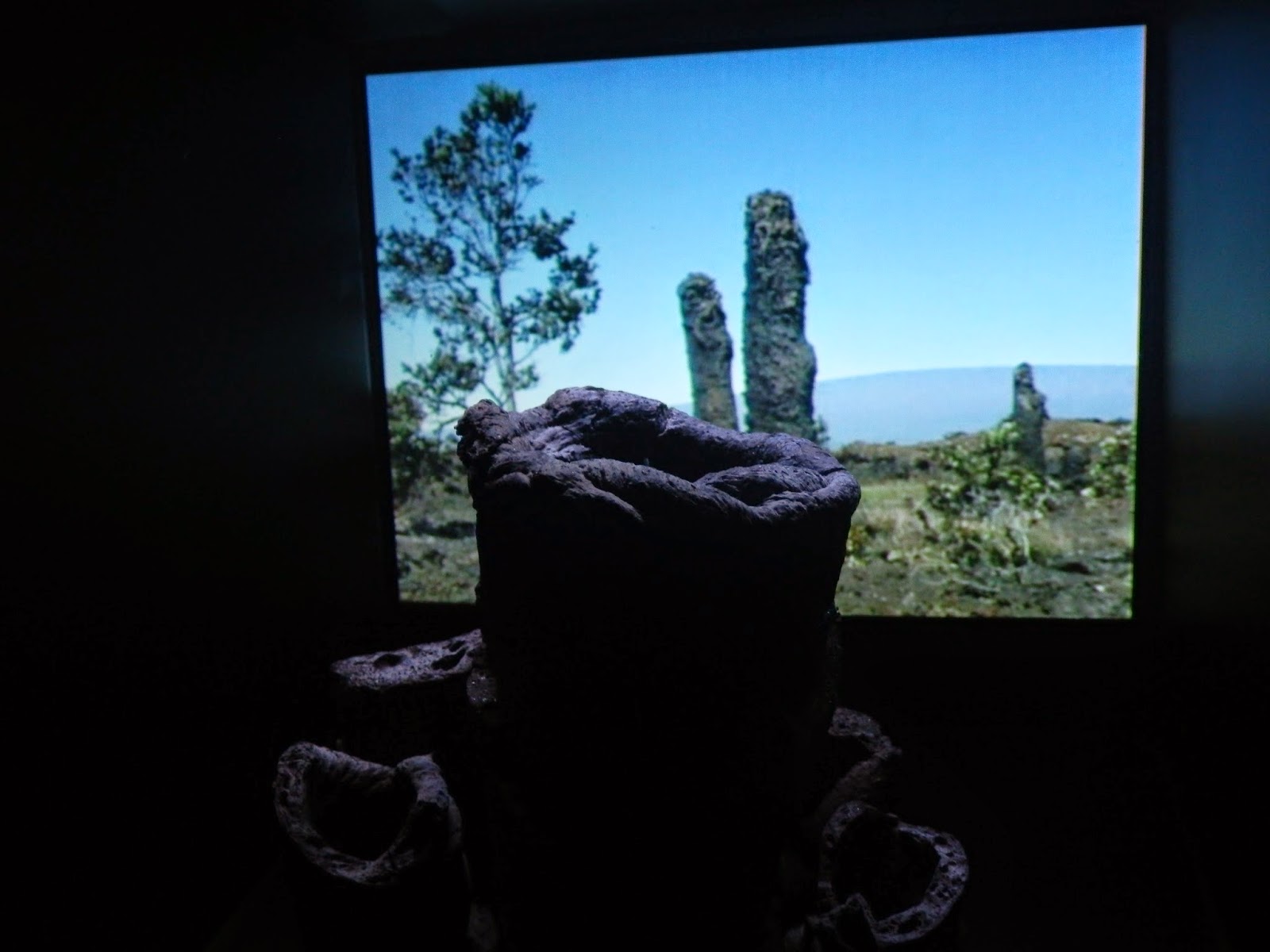 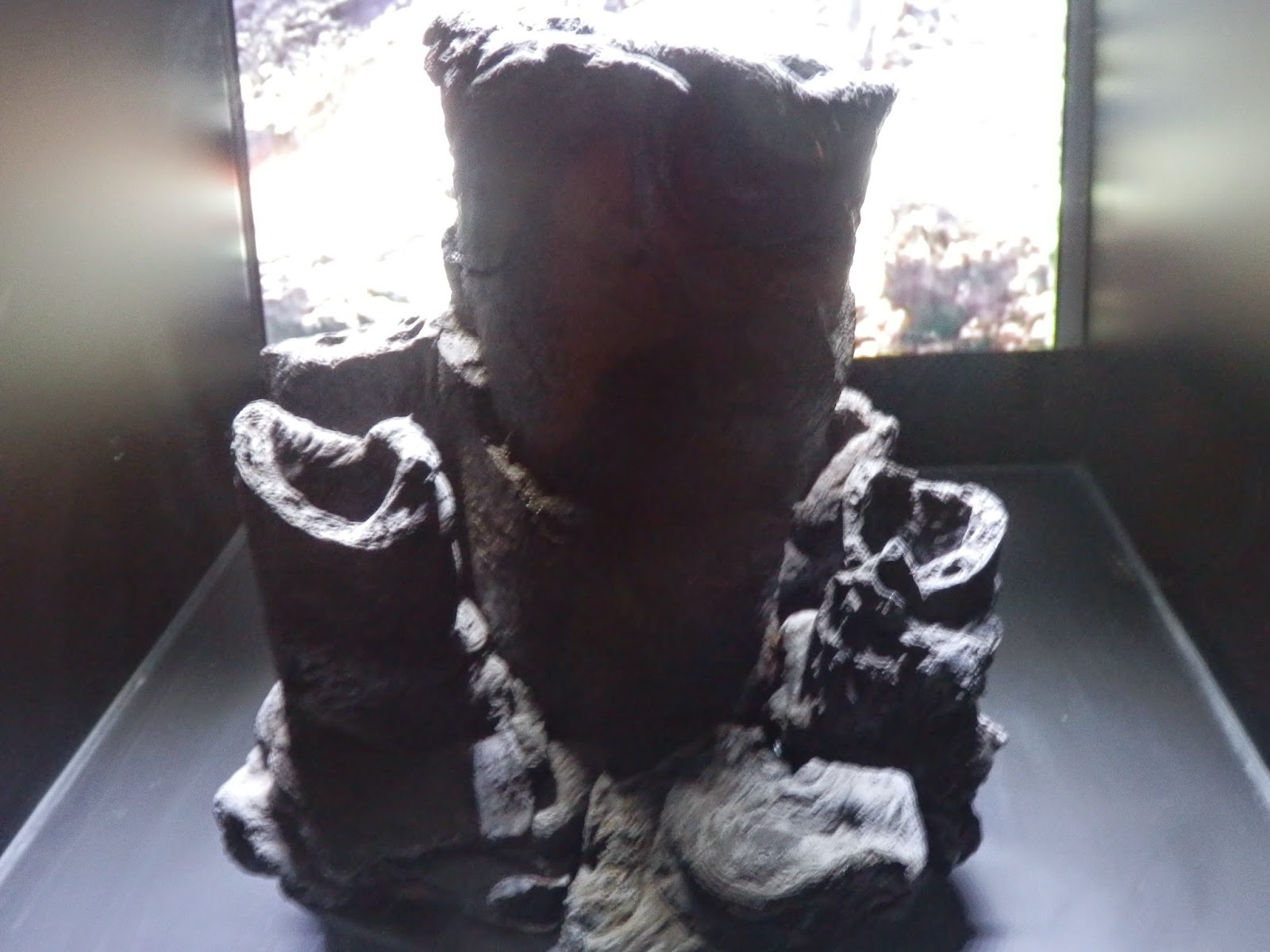 Visiting the museum was a real treat.  Next stop, Haleakala on the island of Maui.
Posted by Explore-Science-Beyond-the-Classroom at 2:59 PM