Do You Have a Wild Child?

"Adopt the pace of nature, her secret is patience." Ralph Emerson 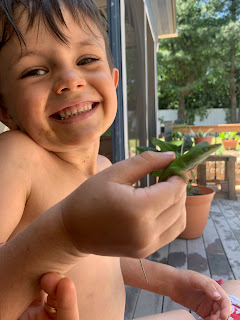 Eli hugged me at church Sunday morning and with wide eyes he said, “Mrs. Kahue, Mrs. Kahue, my tadpole died! We had a funeral service for him and buried him in the backyard!"

My heart sank.  What have I done, giving this child a tadpole to kill?

I remember my own childhood.  My mother, who immigrated from the Netherlands with my dad and my two siblings, often took me by the hand for long walks in nature.  My parents had a small business and worked seven days a week, but my mom somehow found time to go for these walks, just to look at what was out there. We walked around the gravel pit we lived by to see what kinds of fish and plants were there.  She taught me about the trees and the flowers, the seasons and the birds. 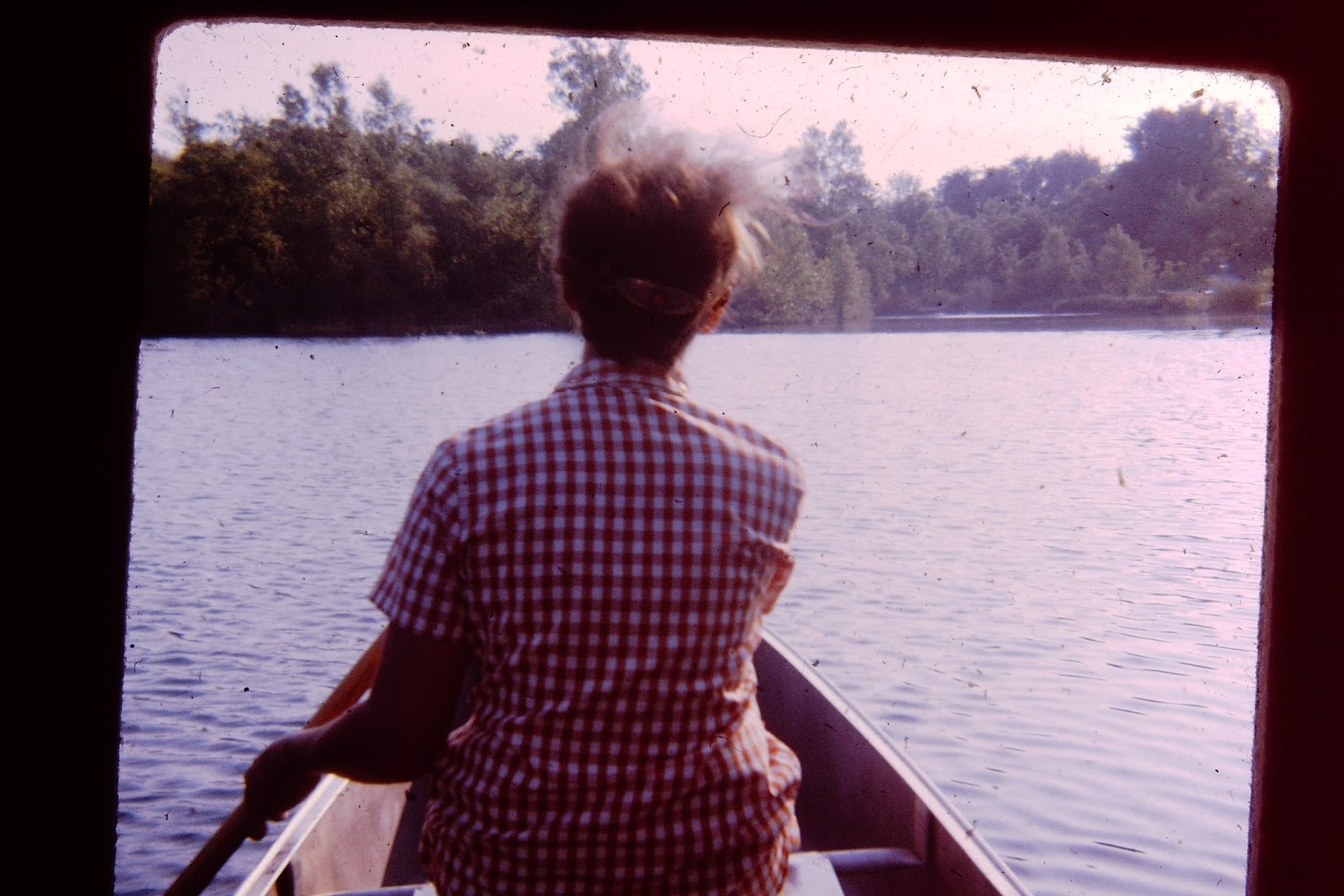 Her hands were almost always dirty and her nails were not clean or manicured but she loved the earth.  While still living in Holland, my parents daily placed us on bikes and took long rides into the woods. I used to love these adventures, and my nickname came from the name of one of these back-roads out in the Dutch wilderness.

Once, my dad forgot to empty his pockets of all the snakes he had collected that day. Later that night, my mom found a snake in the bed! These small ventures into the country (as well as the snake in the bed) led to aquariums full of reptiles, and later a greenhouse in the back yard to house all the flora and fauna that my parents acquired.

Later, they immigrated to the United States and built a thriving business from their passion for plants. I followed in their footsteps, spending many hours in nature investigating the fish in the gravel pit.  I remember fishing in the canoe almost every day after school just trying to catch ‘The Big One’, that largemouth bass who lived in our gravel pit.  My friends and I built forts and rafts for hours on end.  We jumped on our bikes in the morning and didn’t come back home until right before dark.

My heart aches for children today who don’t know what this kind of freedom is like.

“The core of the naturalist intelligence is the human ability to recognize plants, animals, and other parts of the natural environment, like clouds or rocks. The Montessori movement, along with other education approaches, has made this connection for decades. However, the impact of nature experience on early childhood development is, in terms of neuroscience, understudied.

2. Readily use heightened sensory skills to notice and categorize things from the natural world.

5. Are interested in and care about animals or plants.

6. Notice things in the environment others often miss.

7. Create, keep, or have collections, scrapbooks, logs, or journals about natural objects—these may include written observations, drawings, pictures and photographs, or specimens.

8. Are very interested, from an early age, in television shows, videos, books, or objects from or about nature, science, or animals.

9. Show heightened awareness of and concern for the environment and/or for endangered species.

10. Easily learn characteristics, names, categorizations, and data about objects or species found in the natural world.

Do you have such a child in your family?

Take a look at Theodore Roosevelt and his peculiar childhood.  Interestingly, his mother let him tie a snapping turtle to her washing machine!

A family fortune, beloved father, and determination to overcome childhood infirmities set young Theodore Roosevelt on course to become the 26th president of the United States. Born into one of New York City’s wealthiest clans on October 27, 1858, Roosevelt was called “as sweet and pretty a young baby as I’ve ever seen” by his maternal grandmother, although his mother thought the newborn resembled a turtle. 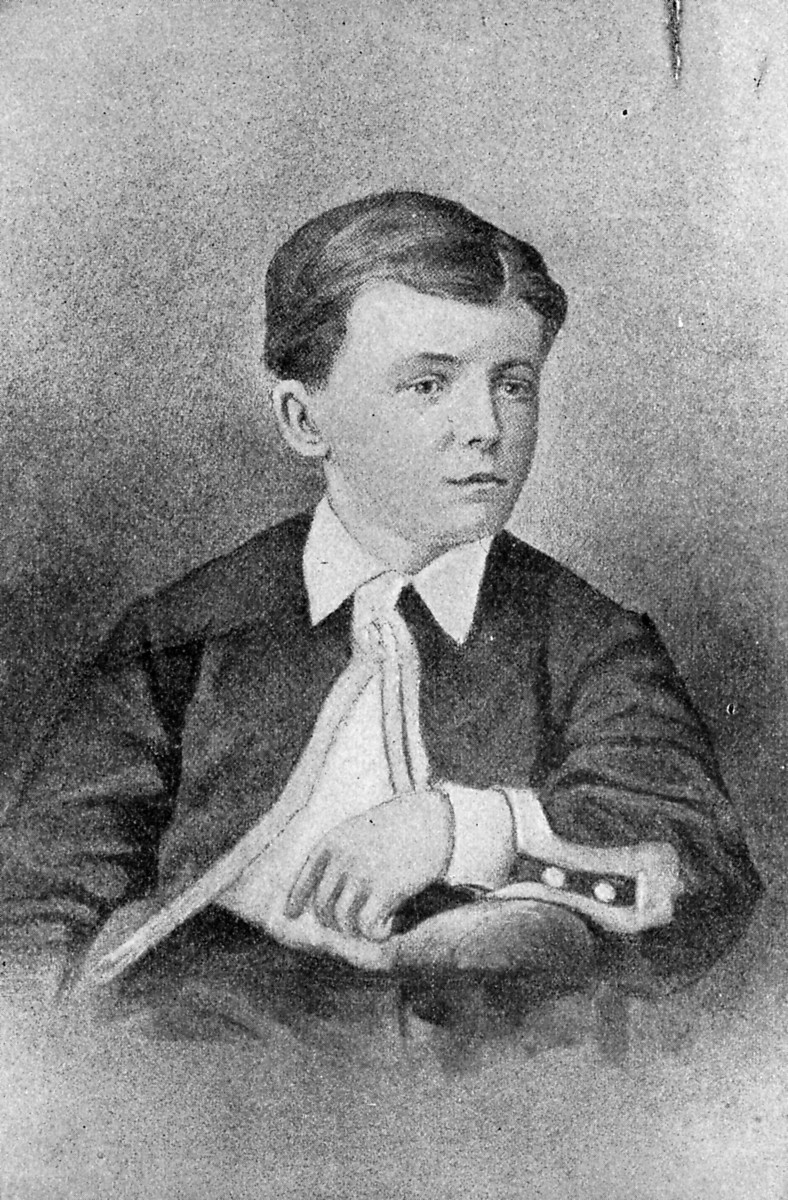 Although lacking in physical strength, the wisp of a boy abounded in intellectual power. Often confined to bed, the curious Teedie was tutored at home and found companionship on the bookshelves of his family library. “As he gasped for breath, Roosevelt kept going by reading avidly—especially the adventures that featured struggle and triumph against danger by larger-than-life heroes,” Dalton says. “Already his imaginative life was peopled by the Ivanhoes, Robin Hoods, Natty Bumpos and Civil War and American Revolution soldiers, all heroic male adventurers who transported him far from his sickbed.”

Roosevelt amassed a collection of animal specimens and, to the consternation of the family’s housekeepers, took professional taxidermy lessons. His menagerie included snapping turtles and a family of gray squirrels. He kept live mice in his shirt drawer and dead ones in the icebox. By age 11, Teedie had collected 1,000 items that he referred to as the “Roosevelt Museum of Natural History.”

Roosevelt fulfilled the credo of his revered father: "Get action. Do things. Be sane. Don't fritter away your time."

Today, the legacy of Theodore Roosevelt is found across the country. There are six national park sites dedicated, in part or whole, to our conservationist president.

I wonder how this world would look if “Teedie” had not had the freedom to tie a snapping turtle to the wash basin, or keep mice in his clothes drawer or explore nature as a child.  I wonder, if in our zeal to keep our children clean and safe, we are not stifling their neurological development?  In our drive to save the earth, are we stifling our children’s development to fall in love with creation and the Creator who made it?

You see, I believe children need to grow up enveloped by creation in order for them to develop into their complete original design.

They need to be exploring the woods and the grasslands and the lakes and the rivers in order for their minds to grasp the enormous brilliance of their Creator.  They need to have freedom and adventure and dirt and danger to learn how to navigate the earth that is their home.

— And yes, a tadpole might die in the process.

I have heard from many children who successfully released their tadpoles back into the wild where they belonged. These children spoke lovingly of their beloved little slimy friend as they let them go to explore their new home.  Many students saw their tadpole grow legs and become fully fledged frogs before their departure. I hope these children will never be the same because of it.

“Ah, Sovereign Lord, you have made the heavens and the earth by your great power and outstretched arm. Nothing is too hard for you.”  Jeremiah 32:17 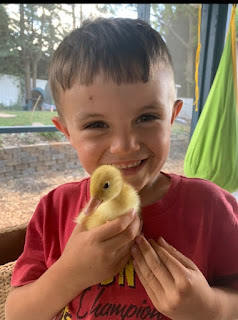 Posted by Explore-Science-Beyond-the-Classroom at 7:33 AM No comments:

This Week on the Farm: Life Finds a Way

One of the resounding quotes that came up time after time at a meeting I was in the other night was, "Life Finds a Way".  And its true!  At least I see it happening here on the farm a lot this time of year.

This past week we experienced lots of new life.  🙋🐓🐇🌿🌱 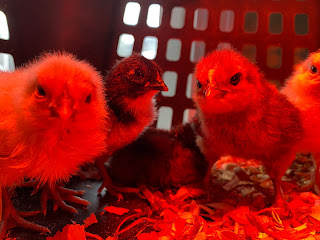 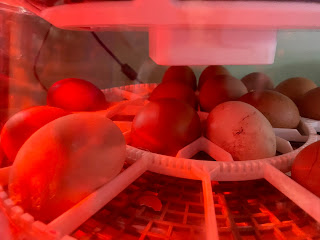 Ashley Moore and her husband generously donated hundreds of tadpoles for the Amphibian Labs starting on April 18th. 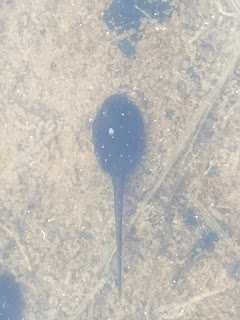 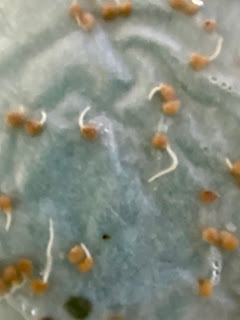 coming up all over the place. 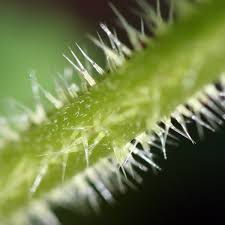 I taught several classes on this amazing plant last month. It has trichomes that release formic acid into your skin resulting in added serotonin in your body! So go ahead and rub some of that on your skin if you feel grouchy!  JK JK 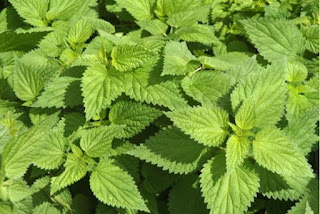 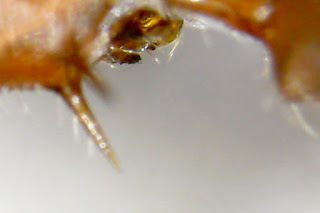 Did you know that ants release formic acid from their stingers as well?
Milkweed! 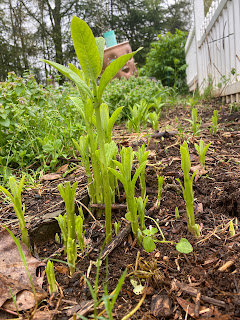 It's popping up all over my yard and I can't wait to see the Monarch Butterflies lay their eggs on it.
Hummingbirds! 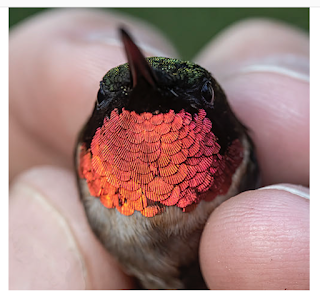 They are arriving as we speak so get your feeders out and help them regain their strength from the long flight they've been on.
New Grandson!  Welcome Baby Darrow!! 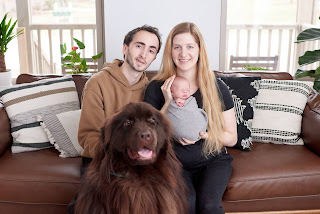 Posted by Explore-Science-Beyond-the-Classroom at 9:33 AM 2 comments:

Have You Seen It? 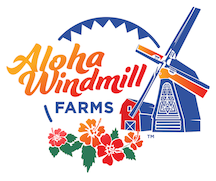 The Ants are Coming!!

This video describes what students will learn in the Ant Lab. Click here to enroll. explore-science-beyond-the-classroom.teachable.com/p/amazing-ants New sections are being added daily!

Posted by Explore-Science-Beyond-the-Classroom at 8:03 AM 3 comments:

My SIL (sister-in-law) Pauline is a hoot. 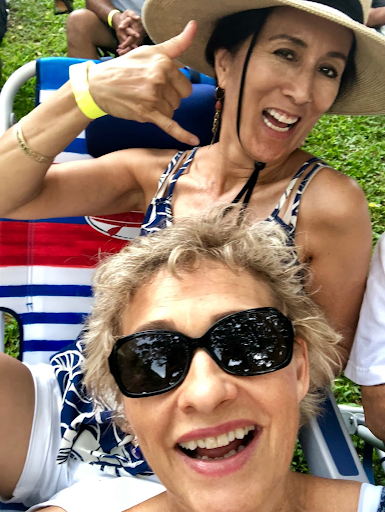 I wish I could bring her from Hawaii to the Owl Lab!

I just told her about the Green Sea Turtle we saw at Turtle Town on the island of Maui.

We came upon it while we were snorkeling and hovered over it for about 10 minutes and then it came up for air right in front of us! What an awesome experience!  We could have touched it.  It is against state law to touch them, chase them, or harass them in any way.  But me being a law abiding citizen, I said, "no I will not touch the Honu".  Pauline told me to leave the Honu Alone!  Mahalo nui loa!

Unfortunately, I lost the SD card in my GoPro and couldn't photograph it.  Our son Nathan took this film a few days ago of a Honu he saw while he was snorkeling off the island of Molokini.

This Honu sighting was definitely the highlight of our trip so far!

(although last night we found a remote, dark spot, to see the Milky Way and it was quite visible.)

Posted by Explore-Science-Beyond-the-Classroom at 3:00 PM No comments: