Where Have I Been?? 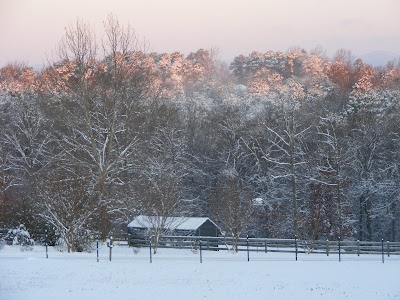 It's so lonely out here in blog land. I have been moving and had no time to post... 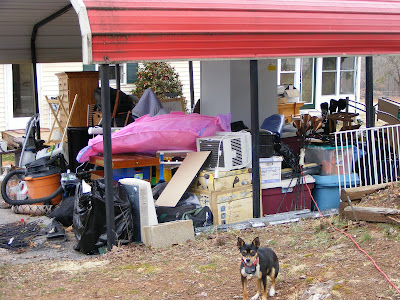 I have no pride left in me after having five children. That's why I added this picture. 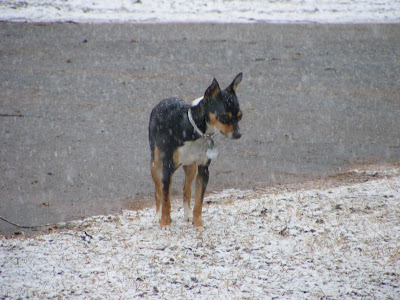 This is my dog Vinny. I rescued him from the streets of New York. I went out to buy crickets at Petsmart and came home with this "Diamond in the Ruff" vagrant... Now he lives on our farm and he loves it.
Leo 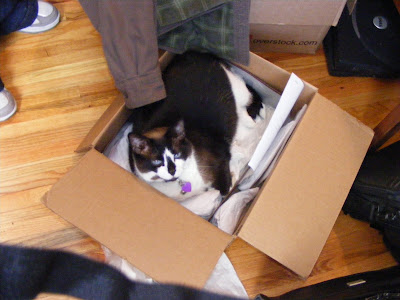 our cat took all the chaos in stride. He weighs twice as much as Vinny and as long as he has food in his tremendously large belly he is happy. I may have to sign him up with sparkpeople.com so he can lose the weight. It works for me and if you are interested in joining me please let me know. I will earn sparkpoints which amount to nothing but it does earn me bragging rights. Seventeen pounds and twelve more to go! 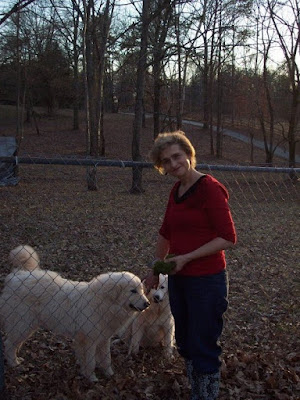 These are our two guard dogs, Mauka and Lani. They are Great Pyranees and they help protect the alpacas. 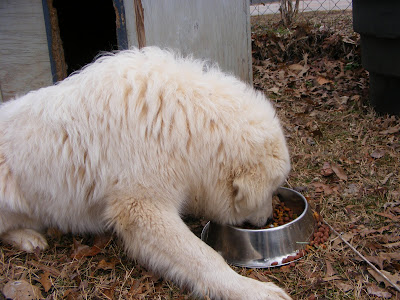 I don't bother them when they are eating and boy can they eat. 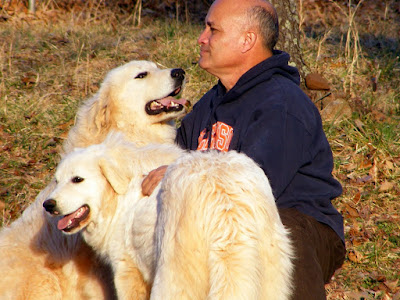 They love my husband Mel and he loves them too. When he is with them they understand that he is the "alpha dog". I have not grasped that concept yet so my husband goes into the pasture to get that kind of adoration :) heee heee you women understand... 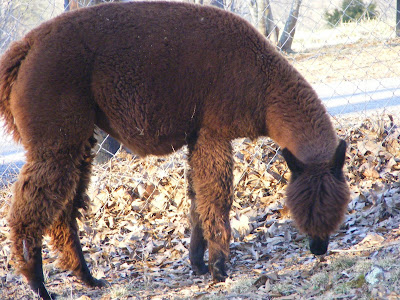 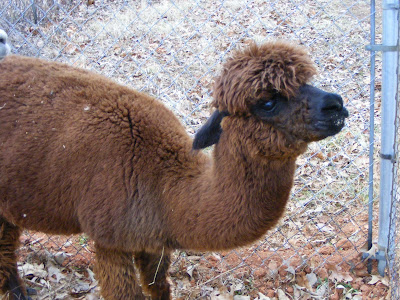 This is Shelby. She is due to have her first Cria (baby) any day now. You can be sure that I will post about that when it happens. 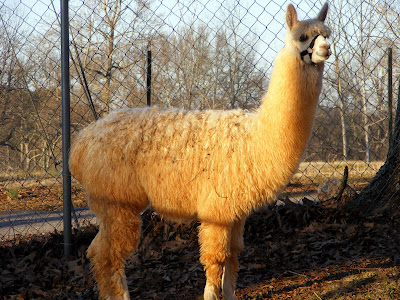 This is Einstein. He is about a year old. 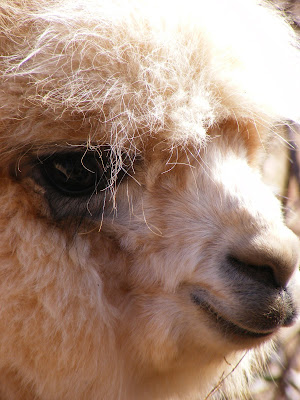 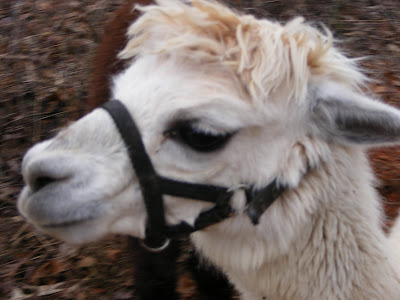 Alice
Alice is my spitter. Alpacas don't normally spit like Llamas do but she must think she's a llama. I call her Alice because she's so jealous that she won't even let her cria eat. 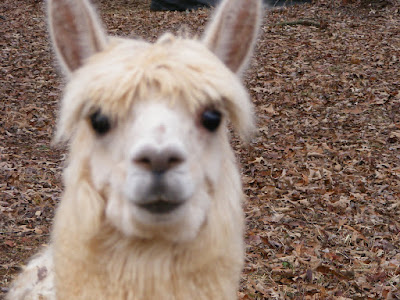 Poor thing. She has an abusive mother and she still looks like she's smiling. 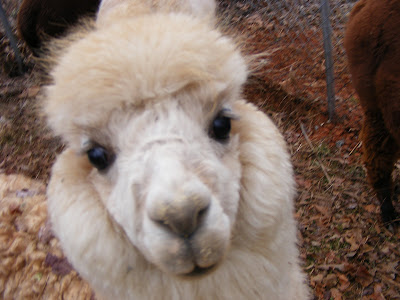 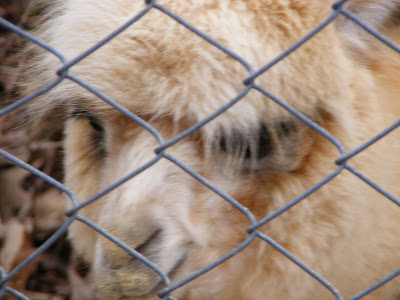 How can you resist a face like that?
Posted by Explore-Science-Beyond-the-Classroom at 5:51 AM

I could just eat that Vinny up!! Can you tell I'm a dog-lover???? Well, I do have to say Sam's 9 month-old golden (Chris...named after Dr. Reel's missionary son!) is aggravating...he's chewed up about every outside toy the kids have, not to mention appx. 6 pairs of shoes!!! ARGH!!! ;)
The place looks BEAUTIFUL! I absolutely can't wait to visit! Yep...am doing an etiquett "no-no" and fishing for a future invitation!! :)
The Great Pyranees are just that, GREAT"!!!
To my knowledge, have never even seen a pic of alpacas. Boy do they resemble llamas! Can't wait to see what Rachel does with their coats!!!!

The Alpacas look great!! My wife informed me that you need a couple of chickens. I have a couple I can depart with. They are 1 year old, Rhode Island Reds (RIR). They are laying some nice size eggs right now and they should be in top production this year. I am also adding 5 more bee hives this year so let me know when you need some bees :) What other animals do you plan to have?? Good luck!!!

With Crazy Vinnie here and Alpacas over there...Pyranese chasing leaves...Bumpy's climbing up the trees! :)

You must be in heaven with all those animals...I know you will have chickens and goats soon. Just don't get a ram. I'm not sure you'll ever see Josh or Nathan if you do. :) Glad you and Dad are enjoying the farm. Very nice pictures!

Ellen,
SO very glad you all got everything worked out and finally got moved!!! What a dream come true for you and Mel and what a fun adventure this will be for all of you :) Blesings! Steph Schaffer